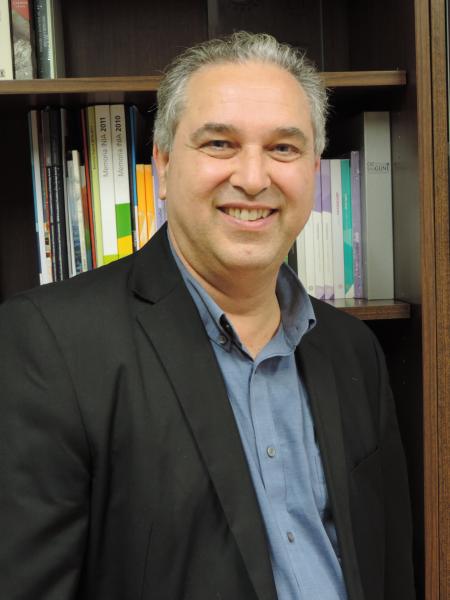 Eduardo García-Junceda completed his doctoral studies in 1990 at the Faculty of Biology (UCM) under the direction of Prof. Carlos Vicente Córdoba, studying the biochemistry of the physiology of lichens. Later, he worked as a postdoctoral fellow at CSIC, first in the Department of Instrumental Analysis and Environmental Chemistry of the Institute of General Organic Chemistry (IQOG) where he specialized in gas chromatography and then in the Department of Biocatalysis of the Institute of Catalysis and Petrochemistry (ICP) where he began working in the field of biocatalysis. In 1992 he joined the Group of Dr. Chi-Huey Wong at The Scripps Research Institut (La Jolla, CA) as a postdoctoral fellow, where he specialized in obtaining and using enzymes for carbohydrate synthesis. After returning to Spain in 1995, he obtained the position of Staff Scientist of CSIC, joining the IQOG in 1997. In 2009 he was promoted to Scientific Researcher.

His research focuses on obtaining new enzymes for use as highly selective catalysts. Some of the research topics that are currently being developed in his laboratory are:

He is the author of 75 publications, scientific and technical documents and 3 invention patents (1 of them has been licensed and another is in operation). He has been PI of 4 national and 2 regional research projects, and 3 R&D contracts with pharmaceutical and biotechnology companies. So far, he has supervised 5 PhD students and 12 bachelor and Master's thesis.

He has combined his scientific work with management tasks, and has been Director of the Institute of General Organic Chemistry of the CSIC from November 2010 to March 2019; Deputy Director of the IQOG between 2005 and 2006 and Head of the Department of Bioorganic Chemistry between 2006 and 2010. Member of the Advisory Committee of the Vice Presidency of Transfer and Internationalization of the CSIC (02 / 2013-06 / 2014) and Coordinator of the Biocatalysis Section of the Society Spanish Biotechnology (SEBiot) between 2011-2017.